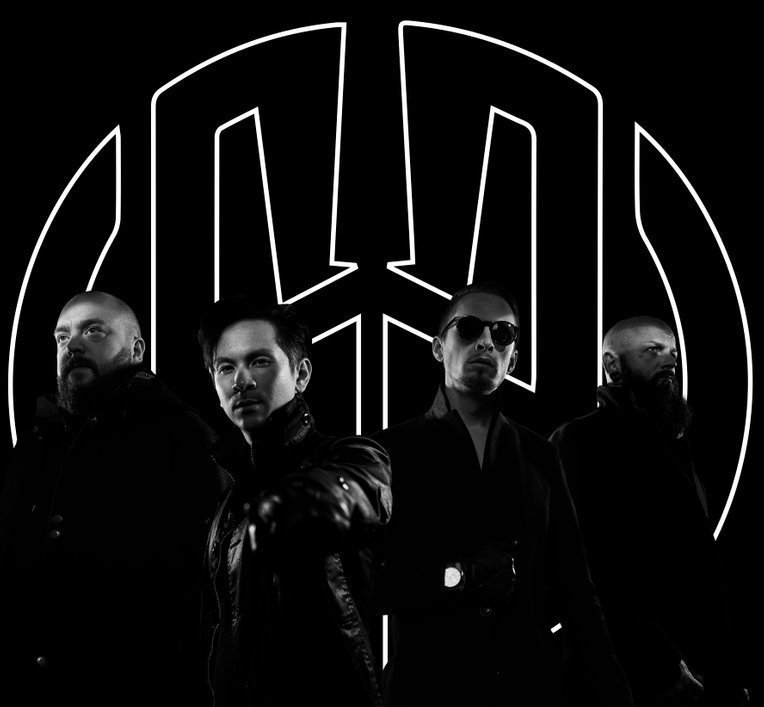 Singer Andreas Clark sent a message to the wrong person in 2004. The person who received the message was drummer Erik Eklund, and it turned out that they both loved the same type of music and both were currently looking for new band members. In early 2005, Andreas and Erik started the project that they decided to call Self Deception. The name came from discussing that they both previously played music in various projects that did not truly represent them, and the words Self Deception came up. Through common friends, Erik found guitarist Gabriel Rauhofer and bassist Nicklas Wester. The band recorded their first demo and began to spread their music through various online music forums.

Self Deception signed their first record deal in 2007 with the label Rooster and recorded the album "Restitution". The first single from the album was "Relationship Redrum," and the video was recorded at the old abandoned Beckomberga mental hospital in Stockholm. After extensive touring and writing of much new material, bassist Nicklas Wester left the band because of personal issues. After searching for a musician that could grow with the band, bassist Patrik Hallgren chosen to become a new member of Self Deception. Self Deception signed a new contract with Ayam Music Group and started working with manager Linnea Sundquvist. The band was now ready to record new music and decided to work with the Swedish pop producer Joy Deb, who is now more known as songwriter for the Eurovision Song Contest winner, "Måns Zelmerlöw - Heroes".

Summer 2011, the band recorded their second album entitled "Over the Threshold" at the famous Studio 301 in Stockholm. The album included "Can't Have it All," a duet with Linnea Deb, who is also a well-known songwriter from the Eurovision Song Contest. The single "Over the Treshold" became the radio debut for the band. The album also included one of the band's most played songs, "The Shift." Self Deception toured around Scandinavia and played with bands like Takida, Young Guns and Lower than Atlantis.

In 2012, Gabriel Rauhofer announced that he wanted to leave the band and guitarist Ronny Westphal became a new permanent bandmember of Self Deception. In 2013, Self Deception went separate ways with the Ayam Music Group and decided to lock themselves into the studio to work on new material. They started working with Erik Eklund's brother, J-Pop producer Nicklas Eklund, who became a major part of the band’s writing process. Self Deception would also work with producer Dino Medanhodzic (Smash in Pieces, Normandie, Hardcore Superstars, Adept, Guy the King). The EP "These Walls" was recorded in early 2014 at Studio Radionika with Dino Medanhodzic producing.

Shortly after "These Walls" was recorded, Self Deception signed a contract with the record label Ninetone. "Killed Our Love" was released as the first single from “These Walls” and reached many milestones, including first place on iTunes "Rock Top List," and entered the Swedish Digilist (P3).

In January 2015, the band made a cover of Alesso & Tove Lo's song “Heroes,” and the song saw great success through various streaming services.

In 2016, Self Deception recorded their third full-length album together with the Swedish producer Patrik Frisk (Takida, Coroded, Plan Three, Yohio). The first single was called "Runaway Train" and released on September 30, 2016. Several of the follow-up singles from the album were added to popular playlists around the world and the band achieved success through various streaming services.

In 2018, the band decided that it would end their collaboration with their current record label and agreed to move forward on their own. After writing and recording new material with Nicklas Eklund in the fall, the band decided to "crowdfund" their upcoming album. It only took 4 days for the entire album to be funded, showing that their popularity is still extremely high and growing.

Choosing to go toward a harder sound in their music, new songs were recorded as the band returned to collaborate with producer Dino Medanhodzic. Self Deception will release a number of singles in the spring of 2019 which will then followed-up by an EP entitled "Endorse the Art". The EP’s name comes from the fact that it was funded by fans. At the end of 2019, the band plans to release their fourth full-length album.